CBD in Missouri is our discussion topic for today, but before getting into that, let’s make a moment and take a look at the status of CBD in the world today.

No drug has received this much hype for a LONG time. I’m talking potentially 100 plus years. This is because of CBD’s remarkable potential benefits in the health and wellness industry. More and more Americans are finding their physical and mental solace in CBD use, and this cannabinoid has been legalized in an enormous number of states – almost all 50. The CBD laws vary from state to state and largely depend on how it is produced and processed.

CBD is a cannabis extract and also known as the second most abundant cannabinoid of the plant (second to THC). Cannabidiol showed its medicinal worth for treating many conditions such as depression, anxiety, epilepsy, insomnia, multiple sclerosis, and several skin conditions. The best part of CBD is it doesn’t get the user high and is classified as a non-psychoactive cannabinoid.

Without a doubt, CBD in Missouri is under a contradictory situation. The state has the most significant number of CBD retailers in the U.S. 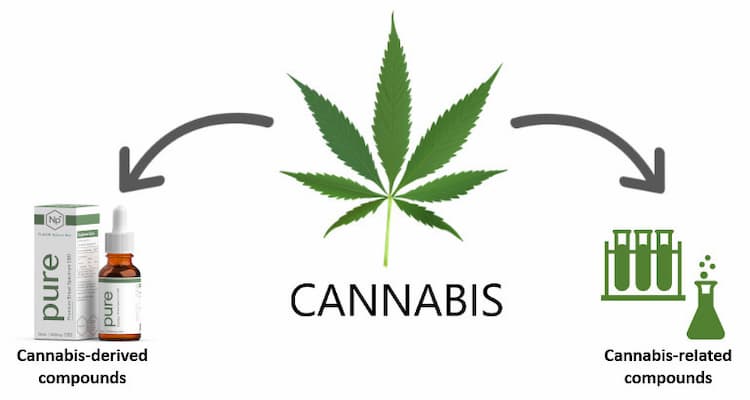 However, the laws are not as straight forward as they seem to be, and CBD users face an ‘interesting’ process of purchasing CBD products. The possession of CBD is allowed in the state, which follows the federal law (Farm Bill of 2018).

Recreational or adult-use of marijuana is illegal in Missouri, while for medicinal use, only qualified registered patients are allowed to possess and use it. This is known as medical marijuana. People will visit their doctor, and the doctor can prescribe marijuana for certain conditions.

Let’s discuss more in regards to Missouri CBD laws and where to buy CBD oil in Missouri.

CBD is a non-intoxicating natural drug derived from cannabis. CBD shares in a significant portion of cannabinoid content of the cannabis plant, after THC. Some of the potential benefits of CBD are as follows: antibacterial, anti-inflammatory, analgesic, anti-seizures, neuro-protectant, pain reliever, muscle relaxants, and anxiety reliever product.

It is widely known that CBD is a non-psychoactive kin of THC. In the medical field, CBD has proved its worth already in the form of medical therapy for certain conditions.

CBD products should have 0.3% THC in order to remain legal. This amount of THC is no where near enough to even remotely feel any sort of ‘high.’ 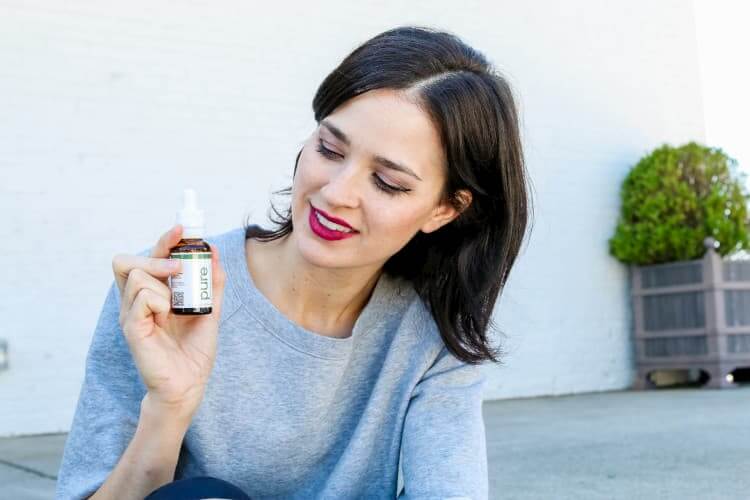 By using CBD, it promotes treating the patients in a more natural way. Some of the other medications in the medical space are horrible for you. Yes, they may help alleviating one symptom, but they cause a lot of other issues known as side-effects. CBD use doesn’t have any known harsh side effects and it works – that’s a win-win situation for CBD. I think the worst side-effect that I’ve read about is a headache or an upset stomach.

In the past few years, CBD research sky-rocketed and significant investments were made in the research and development of cannabis products like CBD.

Why is CBD Illegal in Some Places?

First of all, CBD is safe because of the minimal quantity of THC and minimal side effects. All kinds of cannabis with intoxicating properties are illegal under the Controlled Substances Act of 1970.

The year 2018 brought a revolution for Hemp and hemp-derived products in America. The cultivation of Hemp became federally legal when the Farm Bill of 2018 was passed. A few of the cannabinoids sharing the place in Schedule 1 list got elimination from the panel and gained legal status. THC, however, is still federally controlled.

CBD derived from Cannabis with 0.3% THC content became legal at a federal level, but certain states still had to pass their own laws in regards to hemp-based products, like CBD.

The Food and Drug Administration has the authority to regulate the CBD product labeling and to keep an eye on a medical claims for CBD. The FDA has not allowed the advertisement of hemp-derived CBD as a dietary supplement or as an additive to food and beverages.

The Food and Drug Administration had this stance for a long time. Now, the regulations are softening. In the summer of 2020, the FDA began looking into different dosages of CBD in products. I personally believe they are doing this so they can come up with a recommended range of use for when they allow CBD as a dietary supplement. The Farm Bill has given the authority to states to allow the cultivation and sale of CBD products. Just because it’s legal at the federal level, doesn’t mean it’s legal at the state level.

In 2014, Missouri Legislature passed House Bill 2238 which approved the construction of the Missouri Hemp Extract Registration Program (MHERP). This program gave a registration card to the inhabitants of Missouri state who have conditions like intractable epilepsy. This card allowed the people to have legal possession, buying, and use hemp extract (CBD oil) with a content of 0.3% THC and 5% CBD content by dry weight. You can apply to the MHERP by clicking here.

Later in 2014, State Bill 491 declared the first-time possession of 10 grams or less of marijuana as a misdemeanor following the fine. The control of more than 10 grams of marijuana is a crime subjected to heavy punishment.

After four years of the State Bill, on November 6, 2018, the voter in Missouri passed a poll carried out to legalize medical marijuana use prescribed by state-licensed physicians and created licensing and certification regulations, named Amendment 2. On December 6th, 2018 (one month later) this amendment was approved.

Interesting fact: In Missouri state, the Missouri Veteran’s Health and Care Fund gets a 4% tax on local marijuana sales.

The Department of Health and Senior Services (DHSS) in Missouri is responsible for regulating medical marijuana programs and all online applications for these programs.

The recreational use of CBD in Missouri is illegal in Missouri state. For medicinal use, the qualifying conditions include:

For possession limits, 1 ounce, or 28.35 grams, of dried, raw marijuana is equivalent to 8 grams of medical marijuana concentrate or 800 milligrams of THC in CBD-infused products.

The doctors can approve up to 4 ounces of dried, raw marijuana for qualifying patients.

If the qualifying patient is disobeying the possession limit and holds an amount of marijuana between the possessor’s legal limit and twice the legal limit, the state will cancel the patient’s medical ID. Also, authorities can fine up to $200 as a punishable amount.

For CBD in Missouri, all producers, manufacturers, processors, handlers, retailers, and marketing companies must be state-licensed. The state supports the vertically combined operations related to CBD production and later processes. This is quite strict when compared to other states.

The healthcare providers must complete the physician certification form and upload it to the patient’s application. This form defines the qualifying conditions and suggests the amount of cannabis.

Similarly, licensees are required to have cannabis tested by an independent laboratory. All hemp extracts must be examined to satisfy the maximum strength requirements.

Where Can I Buy CBD in Missouri?

The department of health and senior services issues an ID card to the patients who qualify for CBD use. The qualified patients and caregivers can buy medical marijuana from state-licensed dispensaries or order it for home delivery. Some of this medical marijuana is high in CBD, others are just high in THC. This seems to be the trend today for medical marijuana use.

Other cannabinoids like CBN and CBG are being researched and soon marijuana strains will be filled with these cannabinoids as well. 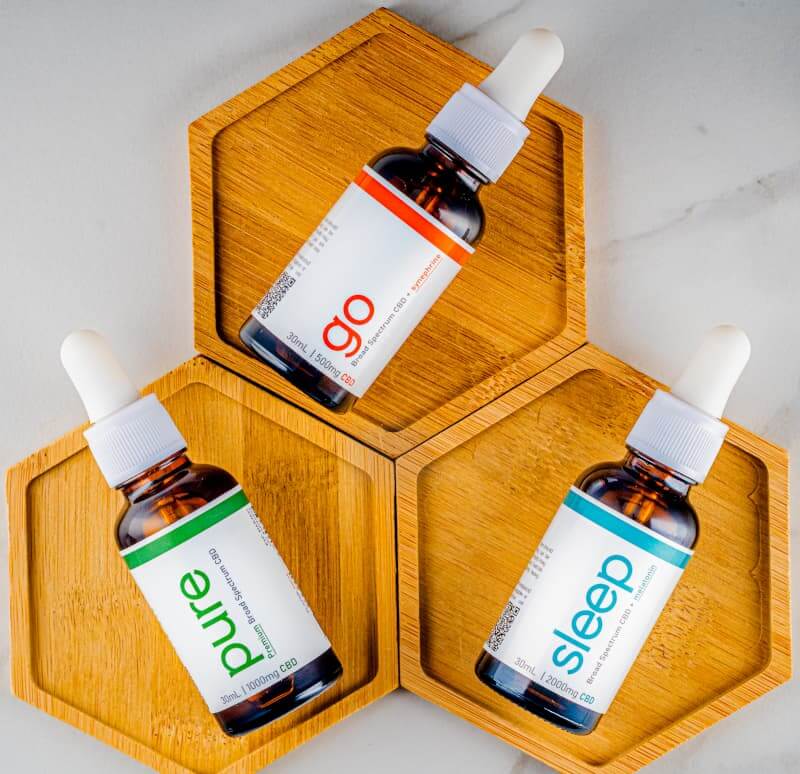 All medical marijuana acquired from a registered dispensary must be in its original packaging.

The residents can also easily buy CBD from a trustworthy online store and have it mailed to your home. However, keep in mind that if you are caught with it you may face legal trouble.

In regards to CBD in Missouri, the laws are a bit stringent, and to access the CBD oil, the patient must participate in Missouri Hemp Extract Registration Program. The qualified patients can immediately get, and consume, the CBD products they need. Marijuana-derived CBD is high in THC, so it is illegal to obtain and possess products like this in the state of Missouri.

Also, hundreds, if not thousands of CBD shops in the state sell high quality products since they are medically regulated.  It would still help if you did a little research to find and buy high-quality CBD products for online purchases. Never opt for CBD for any medical condition without the consent of your physician.