What's an Endocannabinoid? Why Should I Care? Skip to content 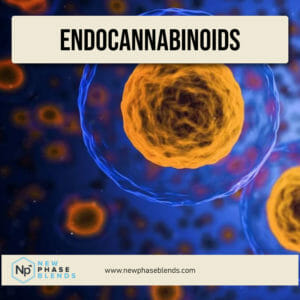 We’ve all heard about CBD and its potential to offer healing properties to the human body. It could help with pain management, stress reduction, and more, but how does it interact with the endocannabinoid system?

Haven’t heard of the endocannabinoid system (ECS)? Let’s dive into this fascinating system and find out how CBD affects it.

This article is for informational purposes only. Before taking any supplement like CBD, talk to your doctor. CBD may interact with prescription medications creating adverse reactions for users. Your doctor will know how much CBD you can take and the right dose for your specific condition.

What is the Endocannabinoid System?

Before the 1990s, nobody knew the endocannabinoid system even existed. Researchers discovered this system by exploring the effects of THC. THC is a popular cannabinoid that many people associate with getting high after smoking marijuana.

And there is also CBD, another popular cannabinoid associated with people feeling calm and relaxed. So what do these two cannabinoids have to do with the endocannabinoid system? Research is fairly new, and much more has to be understood about this system.

Here are some of the functions and processes that research has determined this system may regulate:

The endocannabinoid system can function all on its own, or it can incorporate cannabinoids like CBD and THC to assist it with these functions. It all depends on how well the body systems are functioning that will determine whether or not the ECS needs a little boost from the addition of cannabinoids like CBD gummies, capsules, and tinctures.

How Does The Endocannabinoid System Work?

One single endocannabinoid is not responsible for supporting the endocannabinoid system. Each and every single one seems to have some sort of effect on the anti-inflammatory, anti-proliferative, and anti-metastatic functions of the ECS.

An endocannabinoid also seems to play a part in the immune system, central nervous system, neurotransmitter, and mitochondrial functions. The main endocannabinoids that make up this system are anandamide and 2-ag (or 2-2-arachidonoylglycerol).

Anandamide is an endocannabinoid found within the human body. Anandamide has a chemical formula C22H37NO2, and it has been given the name “the bliss molecule.” This is the same chemical that might be released when one has just satisfied a chocolate craving.

Anandamide may be one of the more important cannabinoids responsible for assisting in controlling pain stimuli. This is mainly due to how a concentration of anandamide can determine the number and type of cannabinoid receptors that are activated when pain occurs.

Anandamide can also make or break a short-term connection between the nerve cells that affect functions like memory. There has been some discussion about whether or not this type of anandamide synthesis can remove or lessen physical and psychological pain.

If this is the case, an endocannabinoid synthesis of anandamide could help with PTSD (Post Traumatic Stress Disorder). Repression is a vital coping mechanism for PTSD suffers, and anandamide may remove or dull the traumatic memory.

For this reason, researchers suggest that introducing CBD may have a calming effect as traumatic memories surface.

Anandamide has also been shown to produce anti-proliferative effects in breast cancer cells. It also seems to bind with the cannabinoid CB1 receptors. The result of the cannabinoids binding to CB1 receptors shows promise as having an analgesic effect (pain management) on the endocannabinoid system when pain such as injury or cancer-related pain is present.

2-Arachidonyl glycerol (or 2-AG) is considered to be the most prevalent endocannabinoid in the human body. In addition n addition to acting as an endogenous ligand for cannabinoid receptors, it has a similar chemical structure to anandamide.

It contains the same carbon backbone as anandamide, but it also has a different R-group C23H3804.

2-AG is considered a full agonist of both the CB receptors (CB1 receptors and CB2 receptors) and plays a significant role in the ECS. Since it has a high expression in the peripheral immune cells, it has been found to play an essential role in keeping inflammation down. It does this by directly suppressing neuronal excitability through a process called slow-self inhibition.

Another primary function of 2-AG, aside from its work with the peripheral nervous system, is how it binds with the CB1 receptors.

One of the primary natural responses of this cannabinoid receptor binding within brain cells is that it creates a psychoactive effect, much like the cannabinoid THC does.

The cannabinoids like THC, CBD, CBG, and CBN function almost precisely as endocannabinoids do. So, it gives the entire system a much-needed boost, especially when under the threat of pain or stress.

The endogenous cannabinoids made by your very own body act exactly as cannabinoids do. This is what researchers are studying to see how effective CBD products can be when it comes to pain or stress management. CBD may be a useful aid when the endocannabinoid system becomes overburdened. It could even help it run smoothly to deal with the problem.

Part of this process is called retrograde endocannabinoid signaling. This means that the signal comes from the affected area experiencing pain and sends signals back through the cerebellar cortex.

The signal also makes its way to areas of the brain where it sends endocannabinoids to the area, resulting in relief from the pain. CBD works similarly by assisting those areas dealing with pain much as the endocannabinoids do.

There are two primary cannabinoid receptors in this system:

CB1 Receptors  CB1 receptors are cannabinoid receptors mostly found in the central nervous system. The endocannabinoid signaling that occurs there is to support this system.

For example, an endocannabinoid may target CB1 receptors in the spinal cord to relieve pain. In comparison, other cannabinoids may bind to CB2 receptors in your immune cells to kickstart the cannabinoid signaling system to help areas of inflammation or other pain.

FAAH is part of a large and diverse set of enzymes called the amidase signature (or AS) family. Research shows how these enzymes find their way into cell membranes and end fatty acid amide signaling in the body once the function of the cannabinoid has helped with the pain.

Monoacylglycerol lipase catalyzes a chemical reaction in which water molecules begin to break down the glycerol monoesters of the long-chain fatty acids. It can do this by working together with lipase (LIPE) to hydrolyze (or blend with water) triglyceride stores in cells and turn them into fatty acids. This means it also helps break down 2-AG.

Functions of the ECS

The ECS is a complicated system, and researchers haven’t determined exactly how it functions. However, many of the studies done so far have found that there are some things that the ECS can regulate. Here are the main systems it works with:

All of these functions aid the body in homeostasis. Homeostasis refers to the stability of the systems within your body, such as the brain and spinal cord, digestion, heart rate, blood pressure, and more.

For example, if the body experiences any trauma from external forces such as injuries, pain, fever, or trauma, the body’s homeostasis is thrown out of balance. The ECS kicks in to assist the body in dealing with these traumas and adjust it back to being balanced again.

As this system becomes too stressed, it may not produce the endocannabinoids it needs naturally from within. To ensure endocannabinoid regulation of these systems, it may need the assistance of CBD to put it back into homeostasis.

But how do the two main exogenous cannabinoids interact with the ECS?

How Does THC Interact With The ECS?

A human brain is a powerful tool, but it relies on several systems to be functioning to work correctly. The ECS is just one system. This system is affected by its own endocannabinoid production and cannabinoids from the cannabis plant and CBD products.

THC (or tetrahydrocannabinol) is one of the main cannabinoids found within the hemp or cannabis plant. Unlike CBD, THC is the compound that will produce the sensations of feeling high within a person.

Once THC enters the body, it interacts with your ECS by binding to the cannabinoid receptors. This function is just like how endocannabinoids bind to these receptors. It is a powerful cannabinoid that binds with both CB1 and CB2 receptors.

The end result is a body and mind that is affected by a psychoactive effect. Although THC may temporarily reduce pain or help stimulate a person’s appetite, it can also temporarily increase paranoia and anxiety for some people.

How Does CBD Interact with the ECS?

Aside from THC, CBD (cannabidiol) is the other main cannabinoid found in the cannabis plant. Unlike THC, CBD does not contain any psychoactive properties. This means CBD won’t get you high and typically doesn’t contain any significant adverse side effects.

Research is relatively new to studying CBD, but they aren’t exactly sure how CBD interacts with ECS. They know that it binds to the CB1 and CB2 receptors much differently than THC does.

All of the details of how CBD works are still being discovered, but there is research that suggests that CBD may help reduce pain, stress, and other neurodegenerative diseases like Alzheimer’s disease or Parkinson’s disease. It may also help with neurological disorders like anxiety and depression.

What About Clinical Endocannabinoid Deficiency?

Some experts believe there is a theory called clinical endocannabinoid deficiency (or CED). This theory is based on that if the body has low endocannabinoid levels, the ECS can become dysfunctional and can contribute to the development of certain unfavorable conditions within the body.

An article from 2016 did a review spanning ten years of research into this subject. The study suggested that CED could lead to all kinds of medical conditions such as developing migraines, IBS (irritable bowel syndrome), and fibromyalgia.

The ECS is a critical system for maintaining the stability of several internal systems of the human body.

However, there is still much to learn about it.

As science explores further how CBD and THC help support this system, the research points to the potential benefits that CBD and THC offer.