Is CBG similar to CBD? Could it be the next CBD?

By now you’ve heard of CBD, or cannabidiol, but have you heard about CBG and it’s similarities to CBD? Over time, the reputation of CBD has improved as a universal aid for all types of people. Numerous preliminary studies have provided encouraging results showing CBD is similar to CBG which has added an increase in the CBG fan base. The majority of people are still unaware of a different cannabinoid (and not a THC) which is of great importance. There are approximately one hundred twenty cannabinoids which are found in cannabis Sativa. The cannabinoid we’ll be discussing today is called CBG, or cannabigerol.

In cannabis, over one hundred twenty main cannabinoids are originating from one source. The synthesis of this CBGa with one of the four various dehydrogenase enzymes, CBDa, THaA, CBCa and CBG, during plant growth, in turn, results to CBD, THC, CBC and CBG respectively. This happens without any change, after undergoing a decarboxylation process. This decarboxylation process involves heating elements to a specific temperature, for a specific outcome. 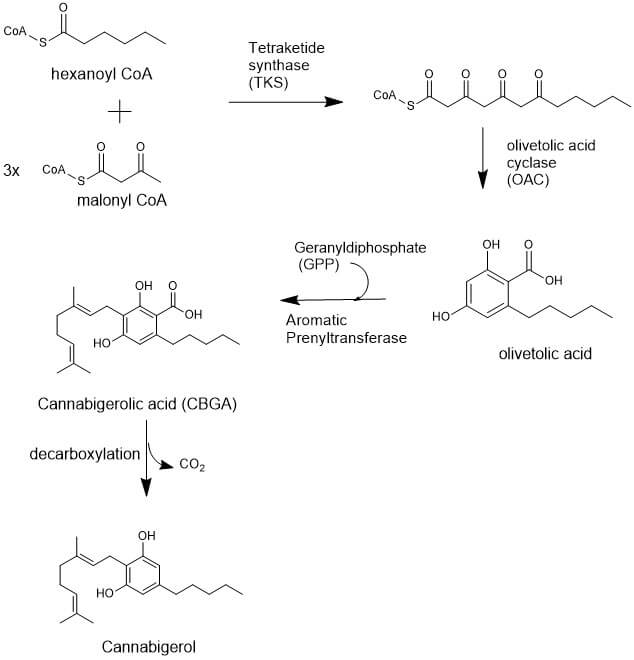 What is Cannabigerol (CBG)?

Cannabigerol is one of the many cannabinoids found in cannabis and hemp and stems from CBGa. CBGa is just the acidic form of CBG. Almost all of the CBGa in a plant converts to either THCa and/or CBDa as cannabis grows. During harvest, the content of CBGa is around 1% or less in most strains. With this, there will, therefore, be a change as the growers are working on forming CBG heavy strains. Research has shown potential advantages associated with CBG. Much like CBD and THC, CBG affects the human body in numerous beneficial ways. 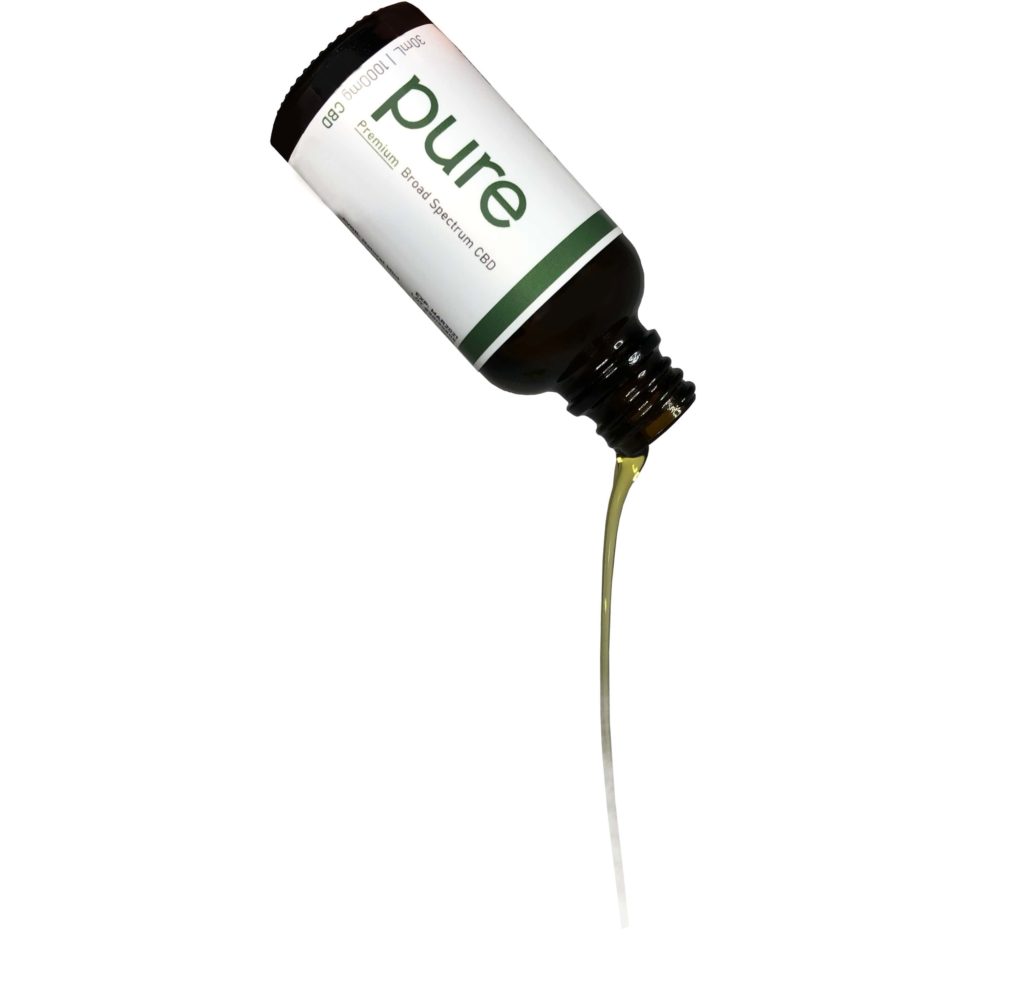 Does our body utilize CBG similarly to CBD?

To continue, let’s talk about how CBG can make an impact on people before we talk about the potential advantages of this CBG. The human body processes all cannabinoids; whether it is THC, CBD, CBG, or others via the body’s Endocannabinoid system. However, there is a clear gap between how each person processes cannabinoids. For example, the THC binds to CB1 receptors which are found in the brain. CBG binds to both the CB1 and CB2 receptor (located in the gut, the nervous system and connective tissues). There are only two receptors in the Endocannabinoid system, but they were made specifically to process cannabinoids similar to CBG, so it can be expected that they do an excellent job at this. There is no need to convert the CBD into another substance before being utilized like other supplements may require.

What are the similar effects of CBG to CBD?

The absence of psychotropic characteristics of CBG is one of the most important things about it…consuming it won’t intoxicate or get you high. I would hope, by now, many of you are already aware that getting high is not the only thing cannabinoids are useful. While research is very limited (which would make sense), reports of how CBG can help with relaxation are starting to come in.  A lot of time has been put into the research of CBD lately, and we can only hope that the same determination in research can be done with a lot of other cannabinoids like CBG. According to this article, “CBG has also demonstrated an ability to increase anandamide, commonly referred to as the “bliss molecule,” an endogenous cannabinoid that helps regulate a wide range of bodily functions, including appetite, sleep, mood, and the immune system.”

With a small amount of research, science does makes a clear distinction in respect to CBG and pain relief. Back in 2010, a study carried out on mouse brain membranes found cannabigerol to act as a potent alpha-2 adrenoceptor agonist. This places it in a top class of drugs known to handle various types of pain. In 2008, a scientific review brought up a startling conclusion: the researchers found in a 1991 study that CBG is an even more potent analgesic than THC. Analgesics are simply painkillers. If this is true (more research is obviously warranted), CBG is an incredibly powerful substance. Do you find it strange this report has been around since 1991, yet no one has tried to develop this even more? 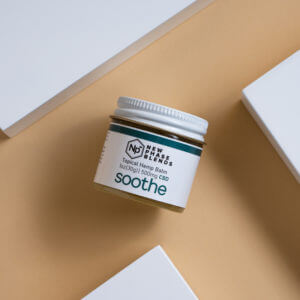 The research carried on the potential role of CBG in fighting against glaucoma dates back quite a ways. The Department of Ophthalmology at West Virginia University looked into this matter in 1990, testing both THC and CBG. They wanted to determine if either cannabinoid would reduce intra-ocular pressure in cats during their study. To their surprise, when it was administered to their corneas using mini osmotic pumps, they discovered both CBG and its psychoactive counterpart successfully dropped intraocular pressure. Since CBG could do this, the researcher concludes that it’s a sign that it could be used to treat glaucoma. Obviously, more studies are warranted.

Inflammatory Bowel Disease, or IBS, is a significant disease affecting people all over the world, and treatments are always needed. While making efforts to investigate how CBG might be able to fight inflammation, the department of Pharmacology at the University of Naples carried out a study on mice. Their study, published in 2013, concluded that CBG reduces murine colitis alongside reducing the nitric oxide production in their macrophages. The researchers suggest that CBG should be considered an experimental IBS treatment. I could find no further studies to support this, however, if this is the case than CBG is similar to CBD in regards to anti-inflammatory properties.

Scientists have discovered another fact that link there is a link between CBG and neurodegenerative disease treatment. The Neurotherapeutics Journal, in 2015, published the study on mice suffering from Huntington’s disease found in cannabigerol to protect subjects from several symptoms of illness. This was visibly seen in how it normalized the expression of various genes linked to the disease. It also improved the gene expression of insulin-like growth factor, brain-derived neuropathic factor, and peroxisome proliferator-activated receptor – y. Latest research avenues have been opened, and the path for CBG as a Huntington’s treatment is clear.

IS CBG Similar to CBD?

CBG has a lot of potential benefits, but is CBG similar to CBG? Is it better than CBD? This same question can be asked in another way since these two cannabinoids are entirely different. Nevertheless, research suggests that both have similar reductions in pain, inflammation and glaucoma. CBD coupled with CBG seems to be more capable of tackling symptoms such as nerve pain or muscular pain more than other cannabinoids. In all, one is not necessarily better than the other, but your personal preference plays a role. CBG proves to be similar to CBD so far, but as you’ve noticed, there is a trend that keeps suggesting more research on CBG is needed. You need to remember that a lot of effort has been put into studying CBD since it exploded in popularity. This effort will catch up once more people begin to hear about CBG.

CBG is not listed by the UN convention on psychotropic substance, nor bound under Controlled Substances Act in the United States. The Farm Bill of 2018 made hemp derived products completely legal in the United States as long as their THC content by dry weight was 0.3% or less. However, you should, at all times, check your local laws for the most up-to-date information. Hemp laws, and therefore CBG/CBD laws, are frequently being refined. You can read more here about exactly why hemp and CBD is legal in the United States.

We covered a lot in this article, and I tried to talk about how CBG is similar to CBD. There isn’t a whole lot of research out there to help back some of the claims, but there’s definitely a positive trend in relation to CBG and it’s beneficial attributes. I sincerely hope you learned something here today.

Have interest in purchasing any hemp-based or CBD products? Please check out our store by clicking here. If you aren’t signed up to receive updates like this and exclusive discounts on our products, please visit our homepage at www.www.newphaseblends.com and subscribe! It’s quick and easy.

If you find interest in reading about CBD, you should check out the eBook “CBD Essentials“, written by CBD expert and CEO of New Phase Blends, Dale Hewett. 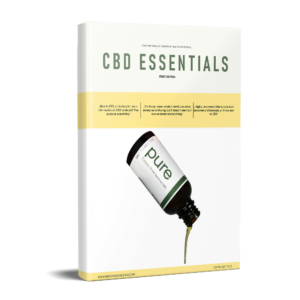